Best Halloween Costumes In 2022 For A Scary And Spooky Look

As the fall season is approaching us rapidly, we’re entering a phase of occasions where we’ll encounter various festivals like Halloween costume, Christmas, and New year.

However, Halloween night is the first of these festivals that will knock on our doors, and nobody wants to remain confused till the last moment about what to wear on this ultimate scary and spooky night and miss the chance of pranking others.

Want to make sure that your Halloween costume for 2022 goes down the line and is written in history with golden words as the best Halloween night costume?

And are you still undecided and have no idea what costume to wear on the night of Halloween? No problem, we’ve got you covered.

We had done a little research and have come up with 17 of the best Halloween costumes available on the internet.

While some Halloween costumes for kids may be put together quickly, others may need a little more time, effort, and creativity.

Whatever the case, everyone will find something. Prepare yourself for the finest Halloween till now!

Best Halloween Costumes That Will Make You Look Scary

Shrek has been the favorite animated cartoon movie for children and has made the childhood of the 90s and early 21st-century child’s childhood memorable for over two decades.

And let’s be honest, who doesn’t like those characters of Shrek, the princess, and that donkey even when we have grown up. Apart from making our childhood days memorable, its costume has a very spooky and scary vibe that is perfect for a scary Halloween night in 2022.

You can buy a complete Shrek DIY costume which includes his trousers, a white shirt, and a short-sized jacket.

• For the face, you can go for a Shrek mask

• Lastly, you’ll need some stuffing for the belly

And you’re ready to go and scare your friends and other children with your Shrek-themed Halloween costume.

One of the scariest Halloween characters is hades. The origin of Hades’ character comes from a famous Disney 1997 animated feature film Hercules, where Hades played the role of an antagonist.

Hades is a fast-talking god in the underworld and is know for having a fiery temper and rivalry against his brother, Zeus.

Although the Hades of the Greek Mythology wasn’t particularly evil-mind; However, the Disney version portrays him as an evil character with a humorous side.

This character interpretation was such a hit that Hades became one of Disney’s most popular antagonists ever.

Follow these steps to get up as Hades, the God of the underworld

A dark blue or a navy blue shirt

• And some temporary blue hair color to finish off the look

And there you’re, ready to rock the Halloween night party and to get some sweets with this horrifying look.

Jack Skellington, famous for his horrifying pumpkin-head appearance, was a character and the main protagonist of the film Nightmare Before Christmas, released in 1993.

It is a skeletal zombie who is the king of Halloween town, a fantasy-based world based on the theme of Halloween night. You can follow these simple steps to dress like Jack Skellington.

• A skeleton style, black pin-striped suit, and a bow tie resembling a bat.

• A pumpkin-shaped head or a mask that resembles a pumpkin.

The Pumpkin King is here! For Halloween on October 31, dress as Jack Skellington and find a Sally to spend the evening with you.

One of the most unique Halloween night costumes you have ever come across is the gremlins-themed furry monster costume that is very comfortable for you and frightening for others simultaneously.

But, little do we know that Gremlins is a character from the 1984 American-based black comedy horror film that draws our attention to the legends of mischievous folkloric creatures that cause malfunctions or (gremlins) in the British Royal Air Force dating back to World war II.

The folklore follows a young man who receives a strange creature as a pet during World war II, giving rise to some other creatures who transform into destructive monster who wreaks havoc in all of the towns on Christmas eve.

You can mimic this get-up by

• Wearing a chocolaty brown colored shirt with a white fur-like design in the middle.

An Owl-shaped mask will give you a horrifying look in the darkness.

• Long hands, as seen in the picture above.

Well, who doesn’t know about the wonders of Marvel Studio, and how they created characters and superheroes for decades that have remained and will continue to stay in our minds forever.

One of the most loved characters from Marvel among children is Iron Man, and we can see many kids mimicking its get-up and enjoying it on the streets whenever a new Marvel film is being launched.

However, you can also wear Iron man’s costume on other occasions, like Halloween night. You can rock the night with the Iron Man costume at a Halloween party, and it is low on budget and is primarily available in our wardrobes all the time.

The magical world of Harry Potter is based on the seven masterpieces written by J.K Rowling in the 90s and took the whole world in its storm throughout our childhood.

Starting from the 90s when the books were publish till 2011, the year. When the last movie, Harry Potter and the Deathly Hallows, was aire.

Even though it has passe more than a decade since the release of the latest movie. Those magical memories, costumes, locations, and that fantasy world can’t be take off our minds so quickly.

Even today, many fans of this magical series are making fan-made films and writing various scripts and dramas that perfectly represent the effect this series had on an entire generation.

We all have been through a stage of life where we desired to receive that letter from Hogwarts, to be a part of that magical world, wear those costumes, even fight with (Tom Riddle), oh Voldemort! You muggle.

And now you can make your dream come true by wearing these costumes on Halloween. If you want to dress like Harry Potter, follow these simple steps.

A maroon-colored tie with strips of gold on it

• A pointed witch-style hat, along with a wand as you don’t want to fight with the evil wand less.

• You may keep a pet of your choice; the easiest one for muggles is to have a cat.

Now go and have a magical Halloween night with Ron and Hermione, and don’t forget to. keep a watch for muggles because what’s worse than being expell?

Is Halloween only for children?

As the spooky day of Halloween, associated with creepy costumes and candies, is approaching us, parents might be curious whether age matters.

According to the experts, as long as you abide by specific regulations, Halloween has no upper age restriction.

When did Halloween start?

Pope Gregory III established November 1 as a day to commemorate saints in the eighth century. The Samhain customs were soon incorporat into All Saints Day.

The evening preceding All Saints Day was named All Hallows Eve and was later know as Halloween.

What was the best Halloween Costume in 2021?

The most popular Halloween costume idea in 2021 is a witch, a rather traditional outfit. There are hundreds of costumes on the list, with Cruella Devil coming in at number five, Squid Game at number 23, and Baby Yoda at number 82.

According to Google, Tinker Bell was also one of the most popular costumes search in 2021.

In this blog, we have shown you the best and the most searched Halloween Costumes on google from the recent past.

Apart from that, these Halloween costumes are also budget-friendly, so you don’t need to spend much only on the costumes, and you can use that money to decorate your house with pumpkins and lights.

So go on and enjoy the best Halloween night you have ever seen and scare your friends by wearing these spooky yet budget-friendly Halloween costumes.

ALSO READ: Simple & Cute Anime Outfits – A Complete Guide On How to Replicate Them

HOW TO TIE A TRINITY KNOT – A Complete Guide 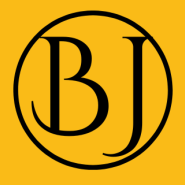 What is Semi Formal attire? A Complete Guide for Both Men & Women

How to Wear Stylish Mom Jeans Outfits in 2022?